Oops! It appears that you have disabled your Javascript. In order for you to see this page as it is meant to appear, we ask that you please re-enable your Javascript!
Zum Inhalt springen

Throughout my studies, I became increasingly interested in the topic of electric cars and the need of giving them a sound. This was also the topic I chose for my final thesis, entitled

Next to my theoretical research I created an instrument for profiling an Acoustic Vehicle Alerting System, named „Pandora“. Several synthesizers and Sampler, which are triggered by the speed / rpm of an electric car, work as a kind of frontend for the Sound Designer suggesting possible sounds for use. The project was realized with the software Max 7 by Cycling´74. The system thus provides a vast amount of possible sounds to be manipulated and fitted together, bearing in mind the goals of the sound creation. These would include creating sounds which on the one hand ensure and communicate safety messages, while avoiding to pollute urban regions with “new noise” on the other hand. The acoustic development of traditional cars with engines provided the foundation for this project. A further important consideration was the ability to brand the sounds individually in order to ensure the possibility to create brand recognition.

The Berlin based Start-Up Blindcon.takt is actually developping external soundunits using the code of Pandora to finally install these additive to electric cars, buses or scooters. 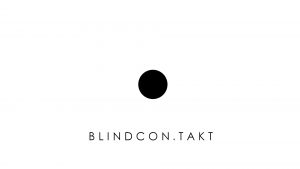 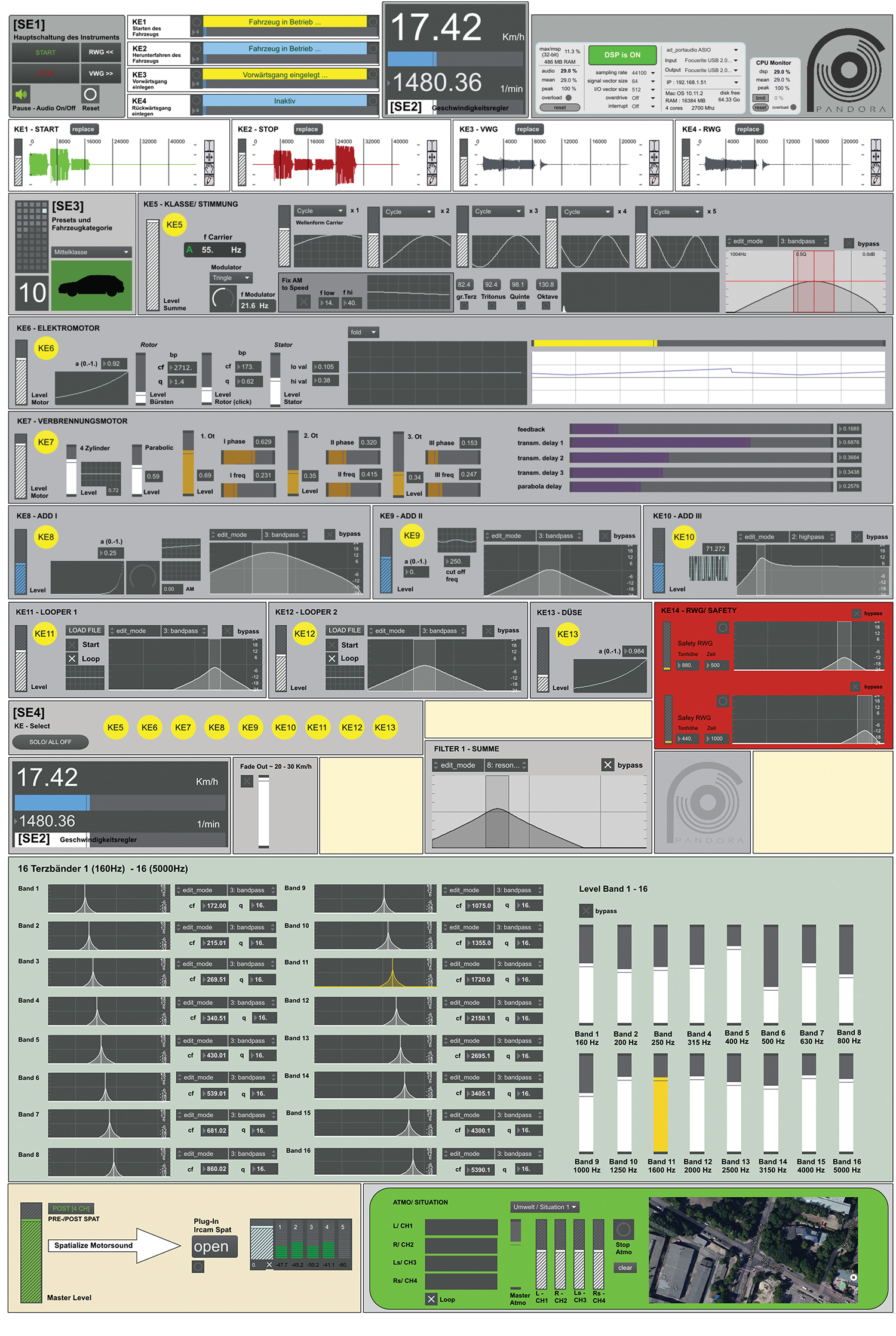 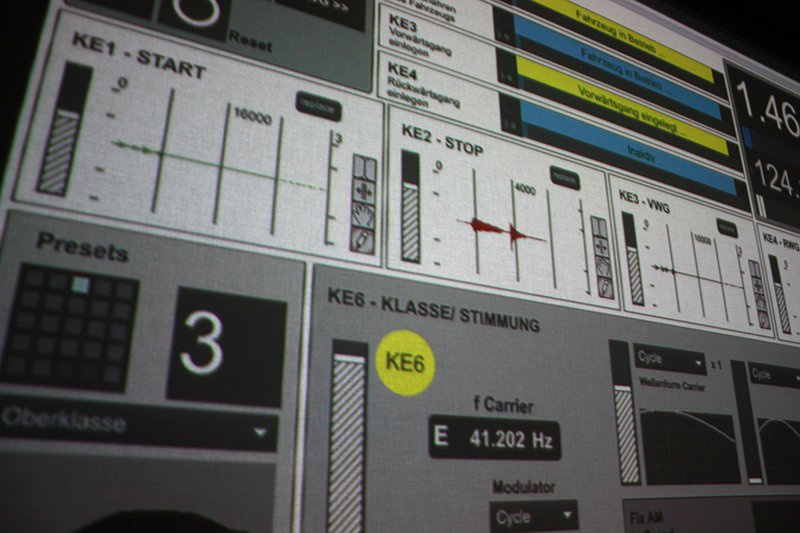 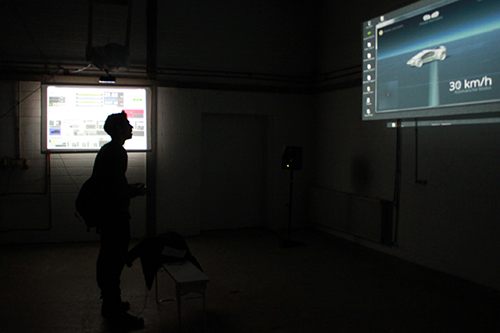 5: testing created sounds with the help of an interactive Unity-simulation of a „electric“ car controlled by a X-Box Controller and evaluate in 4-channel-audio-system